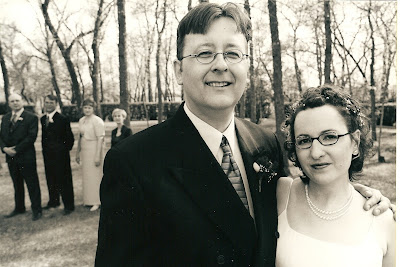 It was only part way through the morning that I realized what day it was. Eleven years ago, I was a little more focussed.

Even if there were some sort of Rapture* tomorrow, I won't regret this for a minute. 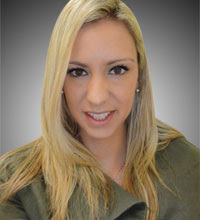 Two days ago, the Liberal Party had a near death experience.

The party which has always been either the government or the official opposition at the federal level were suddenly neither.

With their lowest percentage of the popular vote ever, suddenly the electoral train wreck which was Stéphane Dion now seems the very model of stability and growth.

Displaced by a surging New Democratic Party under Jack Layton, the Liberals have been handed their worst electoral humiliation in history.

Despite a 2.4 increase in voter turnout, the actual number of Liberal votes dropped by 850,010 - almost a 25 percent erosion.

Now, some parties might come away from such an experience feeling chastened.

Like a bitter alcoholic who hasn't yet hit bottom, the Liberal Party and their media mouthpieces are railing about how it is somebody else's fault. It's those nasty Conservatives who criticized Liberal leader Michael Ignatieff. It's those ungrateful New Democrats who insisted on trying to win seats. And, although never quite so clearly communicated, it's those stupid Quebec voters who elected unqualified MPs.

Now, the qualifications to be a Member of the Canadian Parliament are pretty simple. You must:

This offends Canadian Liberals at a number of levels - as does the fact that Ruth Ellen is one of almost 60 Quebec New Democrats who rode an unexpected electoral tide to victory on Monday night.

Several of those 60 victorious New Democrats might best be described as "accidental MPs." When the election was called, the New Democratic Party had high hopes of winning maybe five to seven seats in Quebec. In the entire 80 year history of the CCF-NDP, only two New Democrats had ever been elected to Parliament from Quebec - and only once had a New Democrat been successful during a general election.

But credibility in a Canadian election requires running a full slate of candidates. As a result, all parties have, from time to time, nominated "placeholder" candidates - "sacrifical lambs," or, as they are sometimes called in Quebec, "pylons." Placeholder candidates may or may not run a campaign. They virtually never win.

Such was the case last Monday. Of the nearly 60 New Democrat MPs elected in Quebec, at least a couple of dozen were never anything more than placeholder candidates.

Other parties have had this experience. Saskatchewan Conservatives may recall Joanne Zazalenchuk - the 18 year old gas station attendant who defeated Deputy Premier Roy Romanow in the Tory sweep of 1982. Zazalenchuk spent more than four years as a hardworking if obscure MLA before turning the seat back to Romanow in 1986. When the Créditistes unexpectedly swept rural Quebec in the early 60s, it is said that several of the surprised new MPs turned up at the Quebec National Assembly instead of the Canadian Parliament.

The Liberals, of course, want to make some hay about all of these "unqualified" MPs - and the mainstream media likes the meme. Several of the new MPs have been held up for varying degrees of ridicule.

But the Liberals and the media have singled out Ruth Ellen Brosseau for special attention. Indeed, they've declared class war.

Ruth Ellen Brosseau is a 27 year old single mother (earlier reports said 30-something). Until this week, she worked at a couple of modest paying jobs in the service industry, including as assistant manager of a campus bar in Ottawa. During the election campaign she never expected to win, Ruth Ellen went away on a week long Vegas vacation that had been booked in advance of the election call and which could not be rescheduled or refunded. She doesn't actually live in - or anywhere near - the constituency of Berthier - Maskinongé. She spent little if any time there prior to election night.

Now, none of this was a secret. Ruth Ellen had become the poster child of the NDP's placeholder candidates in the week prior to the election. Her Vegas vacation had been all over the national media. If a single voter in Berthier - Maskinongé was not aware prior to election day that their NDP candidate was a sacrifical lamb who hadn't campaigned and who had taken a holiday during the election, then they simply hadn't been paying attention.

But the voters of Berthier - Maskinongé, like nearly 43 percent of Quebec voters, liked the change that Jack Layton was offering. Fully 22,484 (39.63 percent) of them decided to cast their ballot for Ruth Ellen Brosseau, vacances ou non.

But according to the central Canadian elite that run both the Liberal Party and the national media, this is some sort of embarrassing scandal.

Oh, I grant you the story is absurd at a number of different levels. But that isn't the meme the Liberals and their media allies are offering up.

No. According to them, this "cocktail waitress" should not be a Member of Parliament. They have engaged in a relentless public assault on this woman for the past several days.

So I ask my Liberal friends and their media mouthpieces, what exactly is it that disqualifies Ruth Ellen Brosseau as a Member of Parliament.

Of course, it's entirely clear what the problem is.

Ruth Ellen Brosseau is the target of this sustained media assault because the idea of a working class woman as a Member of Parliament offends their bourgeois sensibilities.

I have no idea if Ruth Ellen Brosseau will be an effective Member of Parliament or not. God knows, there is an awful lot of dead wood stacked up on the backbenches of the two establishment parties. (Less so, perhaps, for the Liberals right now, since the electoral winnowing of last Monday means that most of the surviving Liberals are still there despite their party label.)

But right now, every sane and sensible Canadian should be cheering for Ruth Ellen Brosseau - a proud single mom who does not deserve this print and electronic lynching.
Posted by Malcolm+ at 10:58 PM 62 comments: Links to this post

It's election day in Canada, and I encourage every Canadian citizen to get out and vote. If you aren't sure where or when, the Elections Canada website is your one stop information shop.

My partisan inclinations are well known, but my point here is to encourage every Canadian citizen to exercise their franchise. It is a civic duty, and it is a right that was hard won.

In other parts of the world, people are dying on the streets wishing that they had a say in the composition and conduct of their government. We who have been blessed with that opportunity should not take it lightly.

Besides, voting is fun. Although perhaps not quite so much fun as this young woman is having.

Lord, keep this nation under your care.
Bless the leaders of our land, that we may be a people at peace among ourselves and a blessing to other nations of the earth.
Help us elect trustworthy leaders, contribute to wise decisions for the general welfare, and thus serve you faithfully in our generation to the honour of your holy name;
through Jesus Christ our Lord.
Posted by Malcolm+ at 11:50 PM No comments: Links to this post