You will recall that, back in 2000, Democrat Al Gore was declared elected by most of the major media based on exit polls suggesting that he had carried Florida. Only as the results came in did it become clear that the Florida results were far closer than the exit polling had indicated. 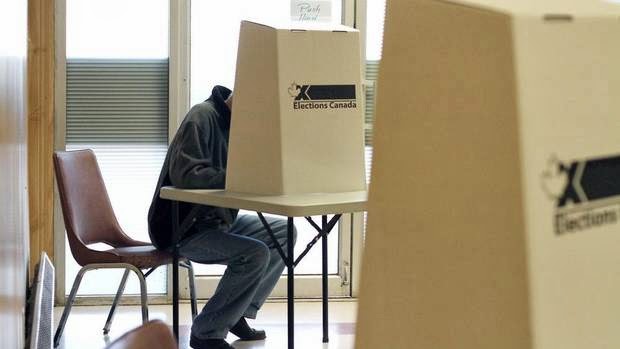 To this day, no honest observer can say with absolute confidence which of Al Gore or George W. Bush received the larger number of votes in Florida. At the end of the day, the election was decided by the fact that there were more Republican state officials and Republican appointed judges involved in the adjudication of the results than Democratic state officials and Democratic appointed judges.

As a Canadian, I thought the oddest thing about the entire Florida recount was that every single official and every single judge acted according to partisan interests. That applies as much for the Democrats as the Republicans. No one actually cared about finding the democratic outcome of the vote. Unlike a Canadian judicial recount by a judge legally obliged to be impartial, the American system is an entirely partisan affair at every level.

It seems our present government likes the American model, where democracy is less about who gets the most votes than about who gets to appoint the most officials.  The Harper government's Orwellianly named Fair Elections Act (dubbed by pretty much everyone else as the Unfair Elections Act) takes every lesson of the far right assault on the American electoral process and imposes it on our hitherto non-partisan process.

While certain aspects of the assault on our democracy have been well covered, such as the elimination of vouching for voters who lack the proper identification or the loophole in elections expense laws to exempt certain fundraising activities, other aspects of the bill, which insert partisan political operatives directly into the administration of elections, have gotten far less attention.

My friend Trevor McKenzie-Smith has written a piece for the Broadbent Institute outlining a few of the less covered changes. I was particularly struck by the provision that candidate agents at a polling place would not only observe the conduct of the election, but would have the right to "examine" voter identification. Frankly, this amounts to a license to harass voters who don't look like they'd be supporting the agent's party.

Lest anyone think critics of the Conservative Act are paranoid, In 1979, I personally saw people working for the Conservatives stopping voters on their way into voting places, falsely telling people they needed particular documents in order to vote. And I've seen partisan agents actively and willfully disrupt the voting process.

Working as an inside scrutineer in the 1980 federal election, I watched a Conservative Party agent loudly demanding that a Liberal Party agent be expelled from the polling place because she was below the legal voting age. The Conservative agent falsely claimed that she was not eligible to serve as a candidate's agent. While it was true that the provincial Elections Act required that candidate's agents in the polls be electors in the constituency, the federal Elections Act had no such provision at that time.

But permitting a partisan agent to intervene with voters, directly and not through the offices of the (hopefully still) non-partisan election officials, is a license for voter harassment. And I have no doubt at all that these provisions are not in the bill by accident.

People died to ensure Canadians could have free and fair elections. Their sacrifice should not be set aside.
Posted by Malcolm+ at 12:51 AM