Tonight I got to meet one of the rising stars of the federal NDP Quebec caucus, Deputy Agriculture Critic and Berthier - Maskinongé MP Ruth Ellen Brosseau.  I blogged about Ruth Ellen a couple of years ago when she was the object of a sustained sexist and classist assault by the country's Liberal elite who objected to a "cocktail waitress" (she was actually Assistant Manager of a Pub) becoming a Member of Parliament. The Liberal Party and their friends in the media clearly believe that lowly service workers should know their place. 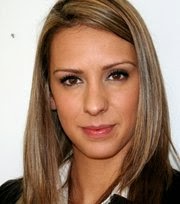 I said at the time:


I have no idea if Ruth Ellen Brosseau will be an effective Member of Parliament or not. God knows, there is an awful lot of dead wood stacked up on the backbenches of the two establishment parties ... But right now, every sane and sensible Canadian should be cheering for Ruth Ellen Brosseau - a proud single mom who does not deserve this print and electronic lynching.

Well, almost three years on, Ruth Ellen Brosseau has come through her baptism by fire and has proven to be a highly effective Member of Parliament. She has earned the respect of her colleagues and her constituents based on hard work and determination (see here, here, here and here). The chance to serve her country as a Member of Parliament may have fallen in her lap, but she has made the most of the opportunity.

I was particularly chuffed this evening when I showed my 2011 blogpost to Ruth Ellen and she told me that she had seen it at the time and how much it meant to her that people who had never met her were prepared to defend her right to prove herself.

She's repaid us by proving herself in spades.
Posted by Malcolm+ at 1:47 AM

A persons brains are not determined by having the money or status to attend university. A person can be extremely intelligent and still too poor to go to higher learning.
A lot of grads are way too critical and snooty. Grow up people.

Good for Ruth Ellen. Trudeau could learn from her. This is the kind of young input we welcome.