Premier Marois has called an election in Quebec and it is entirely possible that her Parti Quebecois will win a majority. If so, it is almost certain that there will be another referendum on Quebec sovereignty. As several politicians, commentators and just regular folks have noted, this is the last hurrah for a generation of Baby Boomer souvereignists. If they cannot create a sovereign Quebec by the end of the decade, the project is done and they will have failed.

This, in turn, has renewed debate in Canada about the possible terms of a sovereignty referendum.  The Conservatives and the Liberals - particularly the Liberals - want to rest on Stephane Dion's fraudulently named Clarity Act which provides no real clarity at all, but asserts that the federal Parliament will decide after the fact if the question was sufficiently clear and the margin sufficiently large. In other words, if 99.99% of Quebec citizens voted "Oui" on an unambiguous question, the leaders of the losing side would get to decide - after the fact - that 99.99% isn't enough and that the completely unambiguous question still wasn't clear enough.  To call that "clarity," you have to be either dishonest or delusional.

With a Scottish independence referendum already scheduled for September, we have a useful contrast of approaches. The Scottish and United Kingdom governments have negotiated the phrasing of the question and the rules for the campaign. And the agreed margin for Scottish independence is 50% plus one.

The 50% plus one margin is consistent with international law. It is the agreed position of all the major provincial parties in Quebec - including the federalist Parti Liberal. It is also the official position of Canada's New Democrats.

Some particularly unscrupulous politicians (especially Justin Trudeau) have attempted to play politics with national unity by questioning the patriotism of NDP leader Thomas Mulcair. It is ironic that a politician who was flirting with separatism less than 25 months ago is presuming to question the patriotism of the only federal party leader who has actually campaigned for Canada in not one but two referendum campaigns.

Personally, I think that trying to force Quebec to remain in Canada if more than 50% plus one Quebeckers vote to leave is ultimately an untenable proposition. It is inconsistent with international law. It would sap whatever remains of Canada's moral credibility in the world. Ultimately, it turns Canada into an occupying power. 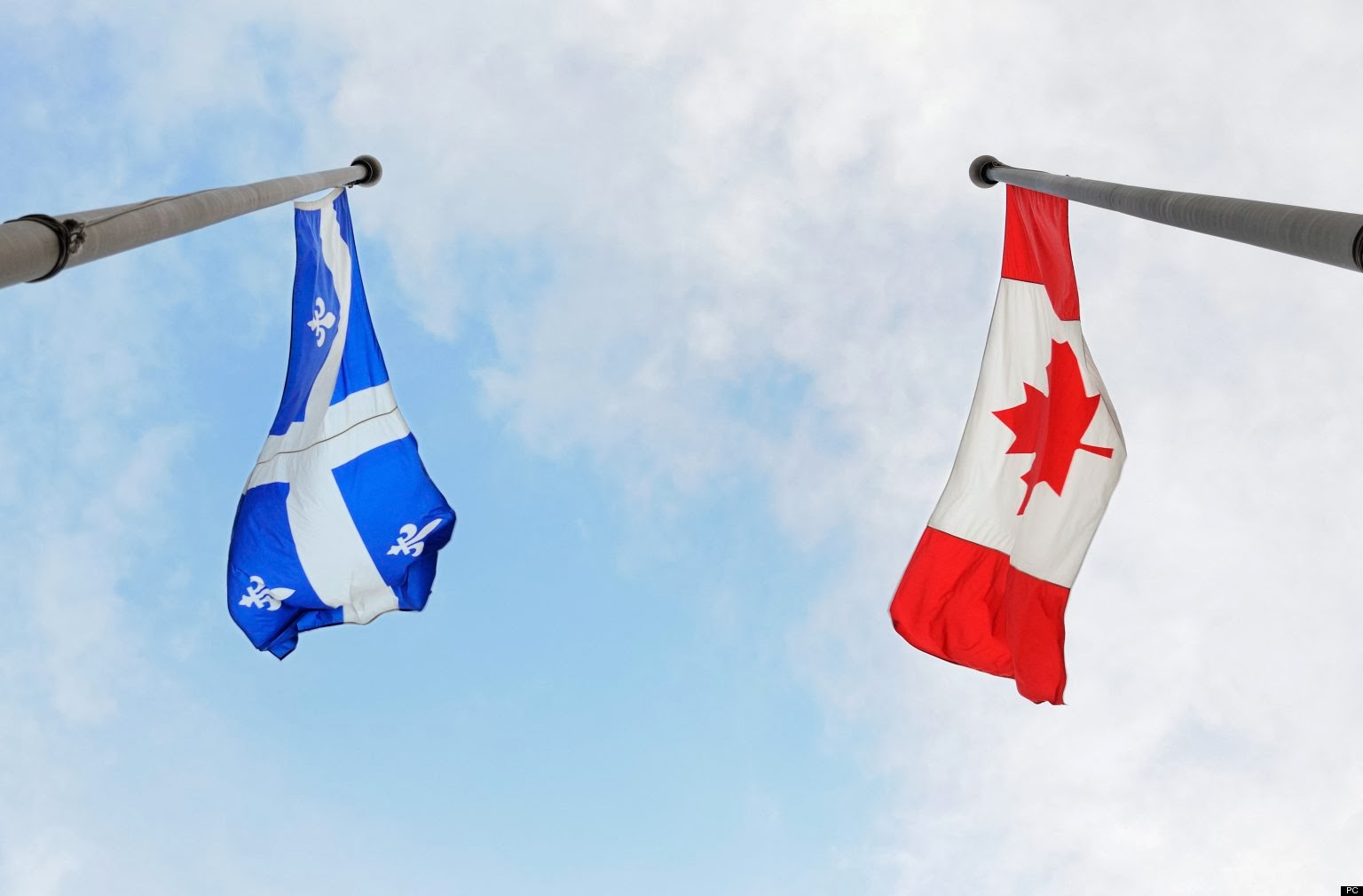 We can realistically project that anglophone and allophone Quebeckers will vote by incredibly large margins to remain a part of Canada. And it is likely that fearful anglophones and allophones - who constitute about 20% of the Quebec population - will be more motivated to vote. If the 20% of nonfrancophone Quebeckers vote "Non" in the order of 90%, then a 50% plus one "Oui" means that francophone Quebecois would have voted to leave Canada in the order of a two-thirds majority.

Does anyone seriously care to argue that we can force two-thirds of francophone Quebecois to remain in Canada without creating perpetual (and possibly violent) conflict?

At the end of the day, preserving a united Canada means defeating the souvereignists in a referendum campaign. That means winning the referendum straight up, not by a technicality and certainly not by a post-facto manipulation of the rules. The fact that the Liberals are determined to play out the Clarity Act scam suggests that they do not believe Quebeckers would vote for Canada in a fair contest.

The NDP became the first federalist party in almost a generation to deprive Quebec separatists a majority of Quebec's seats in Parliament. They did so by beating the BQ/PQ at the polls, not by rigging the rules. New Democrats believe it can be done. Personally, I don't understand why Justin Trudeau and the Liberals have so little confidence in Canada.
Posted by Malcolm+ at 12:20 AM

I suspect they have so little confidence in Canada because they are ulimately neoliberal "free-marketers", and the neoliberal "free market" project is in large part about making countries irrelevant and positive national projects impossible.

Quebecois still believe in the ability of politics to accomplish things, and in the possibility of visions of collective action. Conservatives hate those things, and Liberals like them in theory but believe in learned helplessness in the face of the all-important market. They have nothing to offer Quebec in Canada, so of course they have little confidence in the results of offering it.