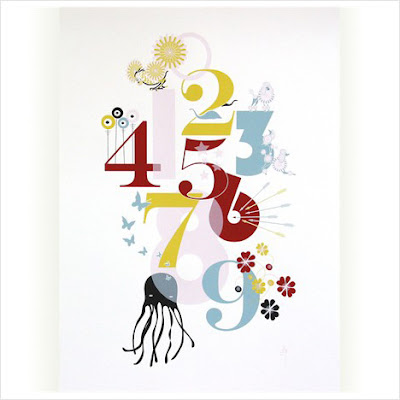 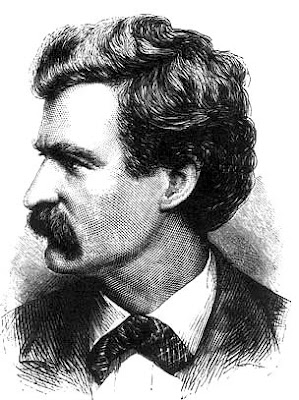 Sam Clemons (aka Mark Twain) is attributed with the saying, "There are three types of lies: Lies; Damned lies; and Statistics." Personally, I don't think it's so much that statistics lie as that people assume statistics show things they simply don't.
*
Back in that public service job, we had assessment data which showed that the more time children spent with the math teacher, the lower their marks. Really. No, really.
*
So, did the statistics show that spending time with math teachers lowered students' math marks?
*
Maybe. I suppose.
*
But isn't it more likely the other way around? That students who are having trouble in math are more likely to spend extra time with the math teacher?
*
Aaaaah. That makes more sense.
*
In any event, over the last week or so, we've been inundated with all sorts of statistics about attendance in the Church of England and about attendance in the so-called Anglican Church in North America (ie, the schismatics). Thinking Anglicans comments on the former here and on the latter here. Canon Mark Harris comments on the ACNA numbers here and here.
*
It is curious that Christianity Today describes the CofE numbers as "stable," while the Telegraph focusses on a 12% decline in Christmas attendance. Same news release, mind you.
*
Similarly, there are any number of schismatic spin doctors happy to claim that the ACNA numbers document a major split in North American Anglicanism and a host of defections from both the Episcopal Church in the US and from the Anglican Church of Canada. In fact, the numbers show a small denomination with attendance about 5-7% of the combined attendance of the real Anglican churches in Canada and the US. Since about 16% of the ACNA claimed attendance is from congregations of the Reformed Episcopal Church, which split from mainstream Anglicanism in the 1800s, it is more than a bit bizarre (perhaps, may I say, a tad dishonest) to imply these are recent defectors from the Episcopal Church.
*
So what do all these statistics tell us?
*
I don't know, really. They tell us that an Anglican-style sect in formation has an average Sunday attendance of about 83,000. And that's about all they tell us.
*
Notwithstanding my previous post, membership numbers and Sunday attendance numbers don't necessarily, on their own, tell us much about the vitality of congregational life. A parish which challenges its members to grow spiritually may grow, or it may lose members who are uncomfortable with the challenge. We need other indicators (and I don't know what they are) to tell us that.
*
In any event, this whole thing made my head start to hurt.
*
So instead, let me reflect on something important.
*
I'm going to become a grandfather in a few months. I'm still adjusting to the idea. Surely I'm too young.
*
To Hades with all the meaningless bumph about unconfirmable attendance claims. Instead, let me refer you all to my daughter's blog, where she's reflecting on important matters like her "early morning porcelain prayers."
Posted by Malcolm+ at 10:48 PM 3 comments:

The labourer is worthy of his hire

Two recent online items (from Country Parson and Anglicans Online) rattle around the edge of an idea that has been percolating in my brain. (Note to self, remember to update the link after the Anglicans Online item has been archived.)

Both articles touch on the manner in which churches (at least our Anglican Churches) seem to tolerate or even glory in the fecklessness of both clerical and lay leadership. CP goes so far as to identify a perverse incentive in the way we see off our clergy on departure or retirement.

A pastor who has served his or her congregation faithfully and well is most likely to get a potluck supper and a few best wishes cards upon departure. On the other hand, a pastor who has really messed things up and done a rotten job is likely to receive as much as the local congregation can possibly scrape together to get rid of him or her.


I live in a diocese that has one of the lowest stipend scales in the Canadian Church. I've been told it's the lowest outside of the Council of the North dioceses, but I can't confirm that. Currently, there are only two parishes paying more than the minimum stipend - although the parish where I hang my biretta would be the third once they call a full time priest.

As the Wardens said to the Bishop, "You keep him honest, my Lord. We'll keep him poor."

So, what if we took that seriously?

What if we decided that effective preaching, teaching and evangelism were to be rewarded?

What if we decided that feckless doddering was not good enough?

* The diocesan scale is replaced with one diocesan minimum stipend, adjusted annually.

* When the stipend is adjusted each year, no priest's stipend may increase by less than that same proportion - that is, if the minimum goes up 2%, Fr. Bloggin's stipend must go up by at least 2%.

* In each parish, an agreed set of indicators are selected - say average Sunday attendance, overall giving by members and average giving per member. The percentage variation in these numbers from the previous year are averaged with the percentage increase in the diocesan stipend.

* The priest's stipend increases by the same proportion as the diocesan minimum or by the new calculation, whichever is greater.

* Average giving per member is static

I have to admit, part of me experiences stomach churns even to talk about this. But another part of me wonders why effectiveness should not be rewarded.

'Tis an ill wind that blows no good

The original bus ads - "There's probably no God. Now stop worrying and enjoy your life." - ran in the UK. There is now a plan to replicate the campaign in Toronto. 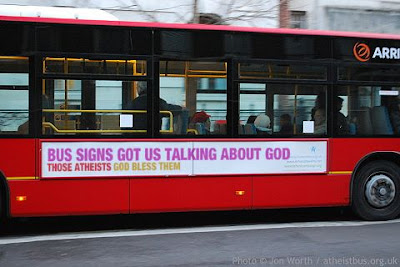 Some online wag has created a site where one can create alternate slogans. Enjoy.
Posted by Malcolm+ at 12:33 PM 5 comments:

Always ensure that the room is too small

A few weeks ago, I attended a funeral. There were more than 100 people stuffed into the chapel at the local rehabilitation hospital - several of us spilling out into the hall.

It was Ted who had taught me the first rule of organizing a political event: always ensure the room is too small.

If you couldn't control the capacity of the venue, Ted's second best strategy was to ensure that there weren't enough chairs. Standing room only is almost as good as an overflow crowd.

I was reminded of Ted's funeral when I read this New York Times article about St. Bartholomew's Episcopal Church in White Plains, NY. Removing about one third of the pews has been part of a larger strategy to make the parish more inviting and attractive. Using similar tactics, St. Paul's on the Green Episcopal Church in Norwalk, CT increased its membership eightfold over 15 years.

Enthusiasm and zeal are rooted in perception. Perception may or may not be rooted in reality, but it inevitably shapes reality. How many churches could reshape their own reality by something as simple as rearranging the furniture or altering the architecture?

We haven't removed pews (yet) at the parish where I hang my biretta - but there has been a profound change in perception in the last two years. At the annual meeting two years ago, the discussion was focussed on whether to close now or close later. Today, with average Sunday attendance up 11% and giving by members up by almost twice that, the focus was on future vitality, not future doom. It's not all about bums in pews or cash in envelopes, of course - but these indicators tend not to rise in parishes that are focussed on the inevitability of decline.

Ted's widow told me that the funeral director had been very concerned the hospital chapel would be too small. "I told them that Ted wouldn't have had it any other way."