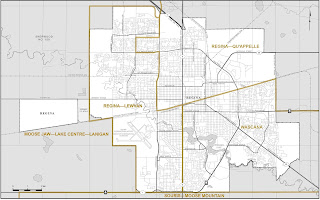 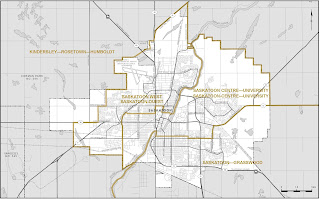 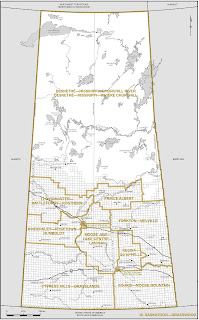 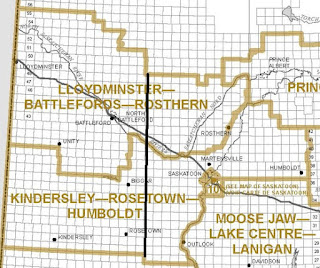 The next stage is a series of public hearings.  Here again, Saskatchewan proves unique in that all of the hearings are during business hours, which hardly encourages a broad response.  The hearing schedule can be found here.  Anyone wishing to speak at the hearing must inform the commission prior to September 3, 2012.
Posted by Malcolm+ at 10:37 PM 1 comment:

I've has this huge collection of links that I've been intending to post.  Mostly I've been waiting for the opportunity to put them all in the context of a narrative.

This evening, as I put together the service sheets for tomorrow's midweek eucharist, St. Dominic gave me the narrative.

Dominic realized that the people could not be brought back to the Church so long as bishops and priests made the rights of the institution their primary concern. So he adopted a life modelled on today’s gospel: he renounced all property except for the robe on his back and travelled up and down the countryside, preaching to strangers on the road and to crowds in the market-places.

The first five articles - every one of them worth the read - speak to the problem of an institutional church that is confused about the proper focus.  We are concerned with the survival of an institution - preferably a survival accomplished without making any serious change to how we do things.  Christendom is over, and we need to stop pretending it isn't.  We desperately need to change.  The sixth article, writing from a secular perspective, talks about why change is so hard, and how leaders often undermine their own attempts at reform.

Perhaps the difference is that this cohort of clergy is that they aren’t critiquing an institution we just assume will still be here in ten years. They are calling us out of the cloud of denial - telling us that if we don’t act, it won’t be - and that we have to talk about it.

Bishop Scott Benhase of Georgia calls for an end to the culture of passive resignation.

It is time to give up our excuses for not engaging in God’s mission to make disciples, and, by doing so, to make a difference in our communities.


Washington DC Baptist Pastor Amy Butler calls for the end of the church as we know it.


Our work is not to control the trends of society or to prop up a comfortable model we’ve become accustomed to. Our work is to make faithful disciples of Jesus Christ: to bring the gospel to the world, to nurture people in their faith, to live as good stewards of what we’ve been given and to bring justice and peace to a society desperately in need.

Radical Evangelical Shane Claiborne ponders the possibility that Jesus may actually have meant what he said.

Theologian Wendy Daxon, guest posting at Lay Anglicana, questions if the Church is serious about reaching the spiritual seekers.


What other institution does this? When a retailer or manufacturer does not reach its intended market, does it say, ‘We’ve got a tremendous product, how silly are they to reject it? We’ll just keep it on the shelf, gathering dust, not bringing anyone through our doors, because we know how good it is.’ Of course not. A smart, entrepreneurial business venture asks questions, and adapts. It brings in new people on staff, it welcomes new points of view—even uncomfortable ones. Hearing hard truths about why something is not working, and acting on what one hears, is the fastest way to get things working again. And yet, this is exactly what the churches refuse to do.

And finally, in the Ivey Business Journal, organizational consultant Brian Brittain explains why it is so difficult for organizations to change, even when the leadership say they are committed.


So read 'em and weep.  And when you're done, go change the Church and the World.
Posted by Malcolm+ at 1:06 AM No comments: