Whatever the service to which you call us

Last night I attended my last training night as a member of HMCS QUEEN and Canada's Naval Reserve.  I'm not quite released yet.  I still have a release medical to attend to next week.  After almost 25 years of service, it will take some adjustment.

Today marks the 27th anniversary of my ordination to the priesthood.  Nearly half of that, of course, was spent on a sort of hiatus, but still.  Archbishop Michael Peers had wanted to mark the day as Hugh of Lincoln (who has been moved in the new calendar to tomorrow, displacing Hilda of Whitby to the day later).  I insisted on Margaret of Scotland in honour to my ancestry.

Icons by Marice: www.iconsbymarice.com.au
And today, I learned that an old friend was lost to the ravages of alcoholism.  At one point, he had been sober for 13 or 14 years until he went out to do more research.  Over the past few years, he kept trying to get back through the doors of Alcoholics Anonymous, but was never able to regain his footing.  He died last night.

Somehow, the collect for the commemoration of St. Margaret of Scotland, Helper of the Poor seems to apply:

O God,
you gave to your servant Margaret
such faithfulness as Queen of Scotland
that she cared for the poor
and relieved the needs of those who lay in prison.
Grant us a like devotion,
whatever the service to which you call us,
that we may be agents of your justice
and true servants of your mercy;
through Jesus Christ our Lord,
who is alive and reigns with you and the Holy Spirit,
one God, now and for ever.
Posted by Malcolm+ at 11:04 PM 3 comments:

"I'll lay me down and bleed a while"

It was that sort of a night.

I've been in and around politics in this province for about 35 years.  I've worked on winning campaigns and losing campaigns.  But I've only been involved on the losing end of four routs - including the rout on Monday of this week.

This week's massive drubbing in Saskatchewan, however, was different from the other three.  By the end of the 1982 campaign, we had concluded we might lose, but the scale of the loss was a complete surprise.  The same with the Manitoba election of 1988 and the federal election of 1993.  We knew there were problems, but no one expected a nine-member caucus in 1982, a fall to third place in Manitoba in 1988 or the loss of official party status federally in 1993.

On Monday, the Saskatchewan NDP actually exceeded my expectations.  That gives me some solace that it could actually have been worse.

My other reaction is that this provides Saskatchewan New Democrats with a golden opportunity - if we are brave enough and smart enough to take it.

First, we need to have some understanding of what happened.

Monday night, Dwain Lingenfelter showed as much class as I have ever seen him show.  He pointed to some of the party's failings in the lead up to and during the campaign.  The he said, "It was my fault, not yours."  Very classy.

Very classy, but not entirely accurate.

I won't deny that Dwain brought his own baggage to the race and that was no help.  But the malaise affecting the Saskatchewan NDP runs far deeper than mere leadership.  Indeed, one might argue that it was that very malaise that led us to choose the supposedly safe Link rather than the exciting but untested Ryan Meili or the passionate but less dynamic Yens Pedersen.

You see, the Saskatchewan NDP hasn't really renewed itself since the mid 1980s.

Sure, there was a party renewal process initiated in 2000, but that was effectively derailed by the resignation of Premier Roy Romanow as party leader and the race which elected Lorne Calvert.  Leadership races, while they touch on ideas and ideology, are about organization, relationships, paying debts, currying favours and occasionally acting on ancient resentments and grievances.  Leadership races renew the face of the party, but not its heart and soul.

The lack of real intellectual renewal meant that the NDP had no clear agenda.  Having accomplished their first priority - the imposed priority of restoring fiscal stability to the government's books - the Romanow-Calvert ministry never figured out what to do next.  They wandered aimlessly for a decade.  Columnist Murray Mandryk claimed that the Calvert NDP lurched from crisis to crisis.  He had it wrong - they lurched from panic to panic - until the voters finally put that government out of its misery.

The upshot of it all was that, by 1997, the Saskatchewan NDP no longer knew what it stood for - apart from winning elections and providing more or less competent government. Desirable though such may be, it is hardly a clarion call to a new generation of activists.

Similarly there was a policy renewal process launched after Dwain Lingenfelter's election as leader, chaired by MLA Cam Broten, but there was little intellectual vigour in the process.  Essentially, it was a grand and semi-public platform committee.

The failure to renew - a failure more properly laid at the feet of Roy Romanow and Lorne Calvert than Dwain Lingenfelter - was only part of the problem however.  The other part was a complete failure to recognize that anything was wrong.

When the Blakeney government was defeated in 1982, no one could miss that there was a problem.  Reduced to their lowest popular vote in more than 40 years and to a caucus of nine (which became eight after a controvert and a lost byelection), no one could deny the party needed more than just minor repairs.  By comparison, the 2007 loss was never seen to be as severe as it actually was.  The popular vote was even lower than 1982 - now the lowest in almost 70 years.  But the seat count was deceptively high at 20 MLAs.

The result was an almost delusional belief that the party's problems really weren't that severe.  Root and branch renewal wasn't really necessary.  A new leader and some organizational rejigging would be suficient.  Dwain Lingenfelter seemed to have just the resume and just the personality to accomplish the tinkering that was needed - without that scary soul-searching that both Ryan Meili and Yens Pedersen seemed to be calling for.  Link was safe - especially for the party apparatchiks who wanted their ministerial office jobs back.

So there is great opportunity in the results of Monday's election.  With our lowest popular vote now in almost 75 years, no New Democrat can possibly deny that the party has a problem.  The electorate, while costing the party some bright lights like Len Tayor and Frank Quennell, have also helped the party unload some underperforming placeholders.  The apparatchiks who preferred the aimless status quo must now either adapt or depart.  In the words of that old Scots ballad quoted by our iconic leader, Tommy Douglas, as he faced personal defeat:

"I am hurt, but I am not slain;
I'll lay me down and bleed a while;
and then I'll rise to fight again."

But if the NDP really wants to rise again, the next 12 to 24 months are critical.

First, the party council, in consultation with the caucus, needs to select an interim leader to serve for the next 18 to 24 months. It would be sheer madness for the party to start immediately on the process of electing a new permanent leader.  I've discussed above why leadership races are not conducive to renewal.  We've seen the evidence in our own experience over the last decade.  We need a time of serious self-examination.  A quick leadership campaign would be the party's death warrant.

Of the nine members of caucus, four are potential candidates for the permanent leadership (Broten, Chartier, McCall, Wotherspoon).  Of the rest, one is a veteran MLA with no Cabinet experience (Vermette) and one has no legislative experience at all (Sproule). 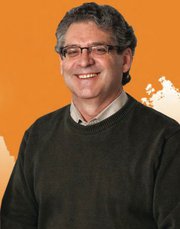 Second, the council should appoint a small task force to run a series of consultations around the province.  The task force should seek out members and former members, as well as civil society organizations, social movements, trade unionists, farm organizations - basically anyone who would be prepared to participate in the process.  The idea is to have a wide ranging, serious and challenging conversation about what it means to be a social democrat in Saskatchewan in the 21st century.

Third, based on that process, the committee should produce a statement of principles for the party to adopt at a provincial convention in the latter part of 2012 - a sort of modern Regina Manifesto.

Finally, the campaign to elect a new leader should begin no sooner than the spring of 2013.

There's life in the old party yet, but the wrong decisions over the next few weeks will decide how viable the Saskatchewan NDP will be moving forward.  My one request to the party executive and council:  Don't screw it up.
Posted by Malcolm+ at 11:35 PM 5 comments: