Some of my regular readers may be wondering why there's been such a dearth of posts lately.

(Or maybe nobody's even noticed. Who knows?)

In any event, much of my time has been taken up lately with secular pursuits. Oh, I'm still the interim priest at a marvellous revitalizing parish, and today I had the honour of speaking to graduates of a local high school.

But the largest call on my time the last couple of months has been working for a client who is seeking the leadership of the New Democratic Party in Saskatchewan. 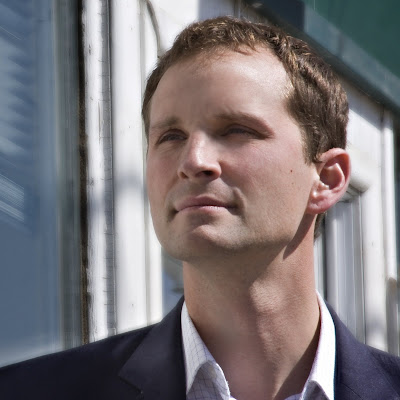 Dr. Ryan Meili is an impressive character. At 34 years old, he already has a list of impressive accomplishments.
Not bad for just 34.

It's been an exciting campaign so far, and the effort culminates with the leadership convention on June 6.

One of our more obscure achievements was the discovery that we are apparently the first political campaign in Canada to use the internet money bomb approach created by supporters of Republican presidential candidate Ron Paul and perfected by the Barack Obama campaign. The Ryan Meili Money Bomb, which asked supporters to donate $34 (did I mention the candidate is 34?) has already surpassed it's $10,000 goal and continues to climb. (Note, there is no restriction on who can donate, should anyone feel inspired - although there is a single donor maximum of C$5,000.)

We are also the only campaign to use viral video - and a certain simple massing priest makes a brief appearance in the Party Renewal video. (The embedded version below loses about 1/4 of the screen from the right. Double click on the video or use the link the get the full version.)

So, that's what I've been up do. How are the rest of you?

A most important matter

You must all go over to my daughter's blog to see pictures of my impending grandson.
Posted by Malcolm+ at 8:18 PM 7 comments: