A Simple Massing Priest tradition since 2007.


The title isn't quite so allegorical as you think. We actually spent about ten minutes before the Christmas Eve service desperately seeking the Baby Jesus for the main creche at the parish where I serve as interim priest.

It is actually a very interesting creche, set up inside the altar itself. A simple wooden chevron suggests the stable, while the remaining figures stand on black satin.
It was already in place on Sunday last. Actually in the Sunday before last as we compromised the calendar in the interest of the children's pageant. But Sunday last the creche had only its minimalist roof, one ox and one ass. Mary and Joseph were not far away - standing on the altar pavement - but they hadn't arrived yet. The shepherds weren't there yet either, out tending their sheep on the edge of the pulpit. And the magi were in the middle of the aisle at the back of the church, still some ways away.

This year there was some added adventure when the little girl designated to put the Baby Jesus in the manger made shy, but we got it done. 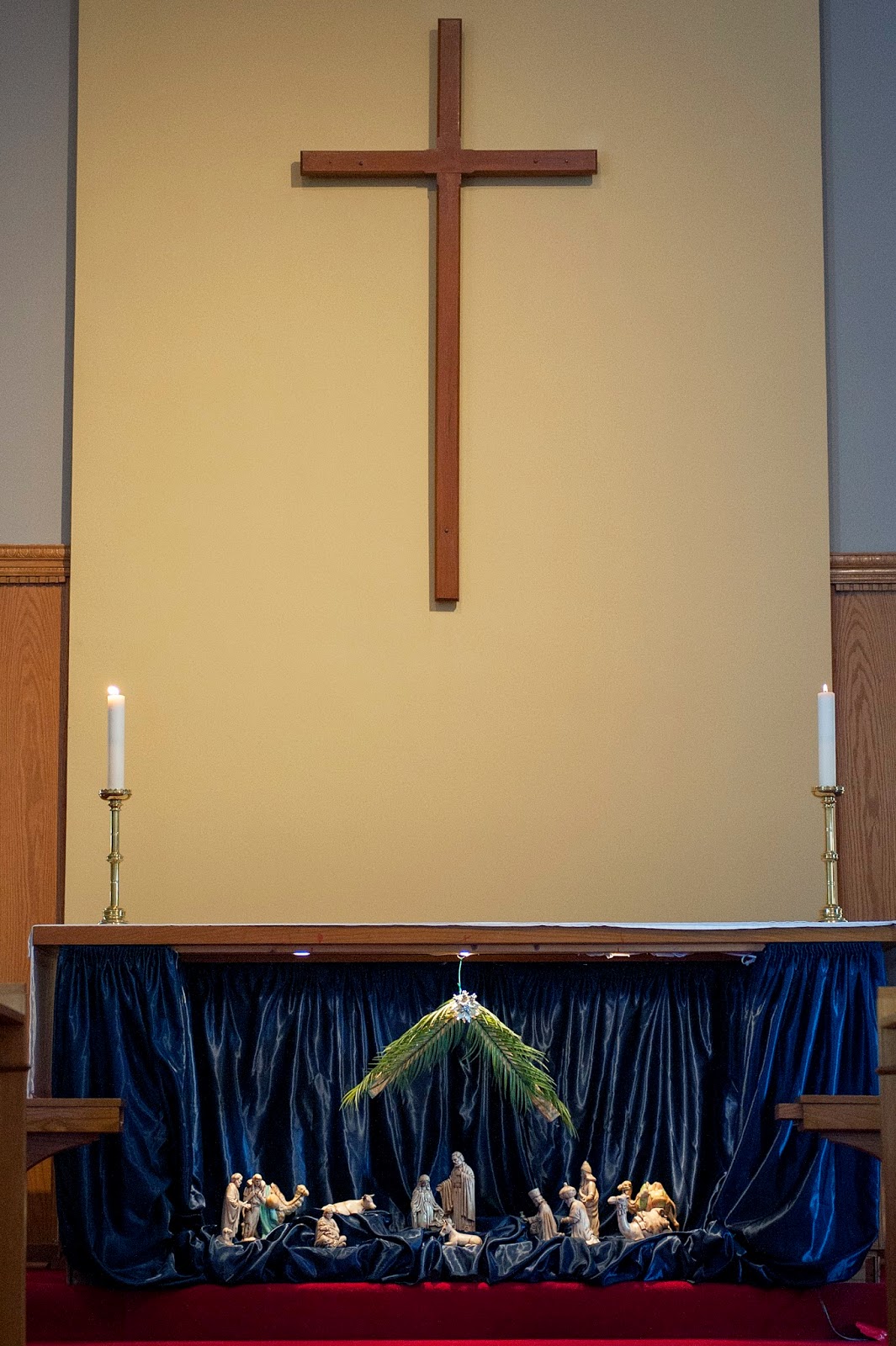