Saskatchewan New Democrats have begun nominating candidates for the next provincial election. Members in the Regina Douglas Park constituency will be choosing their new candidate and next Member of the Legislature tomorrow night.

There are two very good people running for the nomination. I count both of them as my friends.

And the problem for parties nominating candidates or electing leaders is that members are often confronted with having to choose between friends.

Stephen Moore is a professor at the University of Regina, a former federal candidate in Regina Wascana and was the Chief of Staff to former leader Dwain Lingenfelter.

Nicole Sarauer is a lawyer, and the Programs Director for Pro Bono Law Saskatchewan and a Trustee with Regina Roman Catholic Separate Schools.

Either one would make a good candidate.

But in my estimation, Nicole would make the better candidate.

I hate having to choose between friends, but in this case, the choice isn't hard.

Nicole Sarauer represents our best chance of taking back Regina Douglas Park. She and other young, dynamic candidates like her, are the key to rebuilding a Saskatchewan NDP that can contend for power.
Posted by Malcolm+ at 11:27 PM No comments:

Preemptive Escalation and the Use of Telephones

Last week, Liberal Leader Justin Trudeau suspended two Liberal MPs (including his Ethics Critic) from the Liberal Caucus based on allegations of sexual harassment against two female New Democrat MPs. At first, it appeared Trudeau had acted responsibly and decisively to address a serious problem.

It then emerged that Trudeau and his people had not bothered to give the New Democrat Caucus or the two NDP MPs any advance warning of his intentions. At least one of the victims learned of Trudeau's actions from her Twitter feed.

It also came to be known that the two alleged victims had not wanted the matter to become public. The political careers and future prospects of two Liberal MPs have likely been ruined regardless of the eventual outcome, and, according to NDP sources, the two NDP MPs feel as though they have been victimized all over again.

National Post political correspondent Stephen Maher has provided perhaps the most balanced and neutral outline of the sequence of events.

Admittedly, Trudeau was in a difficult situation. Once the matter had been brought to his attention by one of the two NDP MPs, he could hardly ignore it. But did he really need to invoke the nuclear option? We don't know the details of the cases, of course, but Toronto Star columnist Chantal Hébert has reported that the two NDP MPs did not want the matter to become public at least in part because they did not want to ruin the careers of their two Liberal colleagues.

Most modern organizations have some sort of harassment policy in place. It is telling that the House of Commons does not. In virtually all of those policies, it directs that complaints and violations of the policy should be resolved at the lowest appropriate level. Depending on the nature of the offence, (possibly) the intention of the respondent and (in general) the attitude of the victim, not every act of harassment need be a firing offence. In some cases, a simple apology and a stern warning is sufficient. In other cases, more sanctions and possibly some sort of harassment prevention training may be required.

Globe and Mail columnist Leah McLaren described an incident of sexual harassment from early in her career. While the incident she describes unquestionably constitutes sexual harassment, she wasn't convinced the harasser deserved to have his career and reputation ruined.


... did I think he deserved to be frog-marched out of the building with his belongings in a cardboard box? That seemed a bit extreme.

It would appear that the NDP victims felt that publicly frog-marching the Liberal MPs out of caucus was too severe, that an educational and corrective approach was appropriate in their cases. But they were concerned that the hothouse atmosphere of Parliament Hill would escalate the matter significantly. They were sadly correct.

Trudeau and his handlers have a habit of throwing people under the bus if they become inconvenient. Martha Hall Findlay and Christine Innes have had their political careers ended (and in the latter case, her professional reputation soiled) by Liberal operatives because they were inconvenient to the leader's plans. I suppose it's oddly reassuring that he's prepared to throw male politicians under the bus, not just women.

By acting in a public way, without the consent and cooperation of the complainants, Trudeau has violated the central principles of effective harassment policies and processes. He has destroyed two careers, and he has disempowered two victims.

Part of the victim-blaming response from Trudeau apologists has been to say of the second NDP MP, "well, what did she expect?"

I don't know what she expected. But based on Hébert's column, I deduce that she expected the Liberal MP would get a stern talking to, perhaps some diversity training, maybe some internal sanctions. To say that she should have expected what happened is to argue (rather foolishly) that every incident of inappropriate behaviour is always a firing offence. In a world like that, very few of us would still have jobs.

I've been a victim of harassment in my working life - more than once. It wasn't sexual harassment, but it was certainly harassment. In the early 1990s, I had two superiors actively poisoning my workplace. One of the few mercies was that the two despised each other and so never managed to cooperate. My one attempt to make a formal complaint was sidelined by one of the harassers. For a period of several months, every time I arrived at that workplace I would head to the washroom to throw up. One of the worst aspects of that experience was the sense that I had no control. I was powerless. I felt as though I had no agency as events ran their course.

I don't know what it's like to be sexually harassed, but I can't imagine that sense of powerlessness is any less. I have no difficulty understanding why the two NDP MPs would feel like victims all over again. Trudeau denied them any say in the outcome, denied them any agency.

But the thing that completely mystifies me is this: is there no one in Justin Trudeau's office that knows how to operate a telephone?

I'm sure they have telephones in Ottawa, even on Parliament Hill. 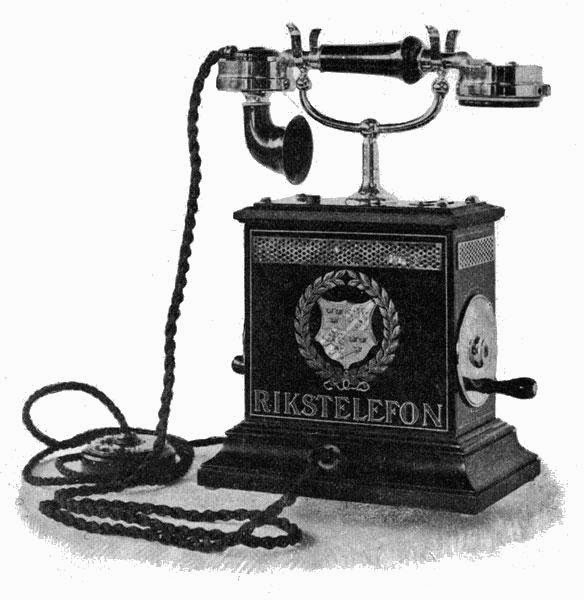 It's not all that hard to operate one. Press a series of numbers and the telephone makes a sound signifying that another telephone elsewhere is alerting it's minder to an incoming communication.

How hard would it have been for Justin Trudeau or his minions to telephone two MPs from another party, to explain why he felt it necessary to escalate the matter beyond what even the victims felt was appropriate, to explain why he felt it was necessary to impose the escalated sanctions in a public way, and to advise when the matter would be announced?

He still would have been denying autonomy and agency to the victims, but at least they wouldn't have found out about it on Twitter.
Posted by Malcolm+ at 10:52 PM No comments: