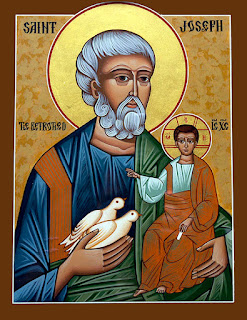 St. Joseph
Patron of Step Parents
Posted by Malcolm+ at 4:10 AM No comments: