Terrorism is terrorism - no matter the terrorist 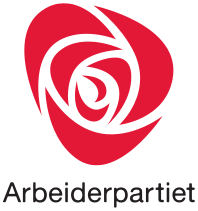 Last week, Anders Behring Breivik set off an explosion in downtown Oslo near the offices of the governing Norwegian Labour Party. He then went to nearby Utøya Island, where he opened fire on participants in a Norwegian Labour Party youth event using automatic weapons. In all, he ruthlessly murdered 76 people. One of the few pieces of good news in all of this is that the death toll is about 15 fewer than originally believed. The dead include the step-brother of Norway's Crown Princess and, according to reports, the children of several senior Labour Party figures.

It was interesting, as the story developed, to see the rush to judgement by the mainstream corporate media, who proclaimed it an al Qaeda attack based on nothing but speculation. Of course, Ander Behring Breivik isn't an Islamic terrorist. In fact, it appears he hates Muslims almost as much as he hates Norwegian children who don't share his odious political views.


Let's be really clear about this. A rightwing extremist orchestrated a series of violent attacks on people based on their political views.

What was even more interesting was to watch the corporate media reaction when it turned out their preferred narrative wasn't operative. Almost immediately, the perpetrator was no longer a "terrorist," but rather a "gunman" or an "assailant." I say "almost immediately" because Faux News continued to say it was al Quaeda for several hours after Norwegian police had indicated otherwise.

the unofficial or unauthorized use of violence and intimidation in the pursuit of political aims.

"Terrorist" is defined as:

a person who uses terrorism in the pursuit of political aims.

So, by any sort of logical standard, last week's acts of mass murder constituted terrorism and Anders Behring Breivik is a terrorist, even if he isn't an Arab and a Muslim.

Next came that rather curious sight of assorted rightwing blowhards trying to pretend that the toxic rhetoric they spew had nothing to do with what happened in Oslo. Of course, these are the same rightwing blowhards who call for legal sanctions against any Arab or Muslim who has ever said anything that might even tangentially be tied to Islamic terrorism. The sauce, it seems, is only for the goose.

Finally came the most disgusting aspect of all. Two of the most odious and most disgusting of all the rightwing blowhards, Glenn Beck and Michael Coren, actually launched online narratives to justify the murder of dozens of children.

I'm not going to link you. This blog has a firm policy of not linking to hatemongering and extremist filth.

With the bodies of dozens of dead children barely cold, Michael Coren was accusing the dead of anti-semitism because (apparently) the youth camp had held a discussion session where Israel's policy towards Palestinians was criticized. In the hate-addled dystopia of the North American far right, no one is ever allowed to criticize any Israeli policy. And now, it seems, if you do, you deserve to die.

It seems, however, that the wingnut right were having a contest to see who could be the most disgusting. And the winner is the hatemonger's hatemonger Glenn Beck who went all Godwin and compared the youth wing of Norway's social democratic governing party to - you guessed it - the Hitler Youth. The little bastards deserved to die because they were Nazis, don't you see.

Terrorism is terrorism, no matter the terrorist.

And the friends of terrorism - including Glenn Beck and Michael Coren - are every bit as odious as the terrorist who plants the bomb and pulls the trigger.

Despite the nearly complete failure of the corporate media, and despite the revolting behaviour of the usual suspects of the extreme right, there have been moments of grace in all this. I leave you with the words of Norwegian Labour Party Leader and Prime Minister Jens Stoltenberg:

“We are still horrified over what happened. But we will never give up our values. Our answer is more democracy, more openness and more humanity but never naivety.”

In solidarity with the people of Norway

The official English translation of the lyrics:

Yes, we love with fond devotion,
This our land that looms.
Rugged, storm-scarred o'er the ocean,
With her thousand homes.
Love her, in our love recalling,
Those who gave us birth.
And old tales which night, in falling,
Brings as dreams to earth.

This country Harald united
with his army of heroes,
this country Håkon protected
whilst Øyvind sung;
upon the country Olav painted
with his blood the cross,
from its heights Sverre spoke
up against Rome.

Farmers their axes sharpened
wherever an army advanced,
Tordenskiold along the coastline thundered
so that we could see it back home.
Even women stood up and fought
as if they were men;
others could only cry
but that soon would end!

Sure, we were not many
but we were enough,
when we were tested sometimes,
and it was at stake;
we would rather burn our land
than to declare defeat;
just remember what happened
down at Fredrikshald!

Hard times we have coped with,
were at last disowned;
but in the worst distress, blue-eyed
freedom was to us born.
It gave (us) father's strength to carry
famine and war,
it gave death itself its honour -
and it gave reconciliation.

The enemy threw away his weapon,
up the visor went,
we, in wonder, to him hastened,
because he was our brother.
Driven forth to a stand by shame
we went to the south;
now we three brothers stand united,
and shall stand like that!

Norseman in house and cabin,
thank your great God!
The country he wanted to protect,
although things looked dark.
All the fights fathers have fought,
and the mothers have wept,
the Lord has quietly moved
so we won our rights.

Yes, we love this country
as it rises forth,
rugged, weathered, above the sea,
with those thousand homes.
And as the fathers' struggle has raised
it from need to victory,
even we, when it is demanded,
for its peace will encamp (for defence). 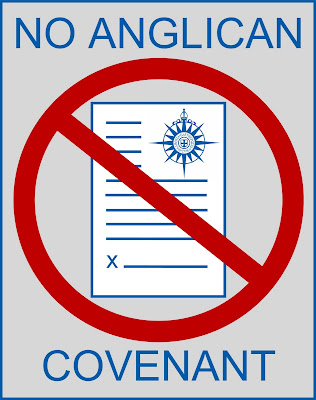