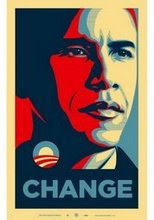 I was following the election off and on throughout the evening and it was remarkable how quickly the projected victory became apparent. I didn't get a chance to watch Obama's speech. I was relegated to child-duty at that point, which allowed my wife to watch it (she liked what he had to say).

I think you are right in that McCain's speech reminded people of the best that McCain could and should have represented throughout the campaign.

In case you think this race was really transformative, consider this (courtesy of Calgary Grit):

Look at exit poll numbers from Alabama (it was similar across the south).

Not Kumbaya. Not yet.

Everyone seems younger than me. I don't like that at all!