Followers of the current Anglican unpleasantness will be aware that three more Episcopal dioceses (Pittsburgh, Fort Worth and Quincy) have purported to follow the example of San Joaquin and declare, geography be damned, they are now part of the Anglican Province of the Southern Cone of America.

Of course, there is no canonical means by which a diocese may leave the Anglican province to which it belongs without the consent of that province. Thus, we now have two Anglican dioceses in each of these four places: the real diocese, affiliated to the Episcopal Church, and the schismatic diocese which purports to be affiliated with the Bishop of Buenos Aries.

The real diocese of San Joaquin has been functioning for some time. The real dioceses of Pittsburgh, Fort Worth and Quincy are still sorting themselves out - Pittsburgh being the farthest along.

Coverage of the latest legal manoeuvrings can be found at Thinking Anglicans.

Today my brother-in-law was over, so the TV was tuned to the National Football League playoff game between Pittsburgh and San Diego.

I don't normally watch the NFL. Any football game that involves four downs and the fair catch rule is clearly designed to be played by small children and not by grown men at exorbitant salaries. 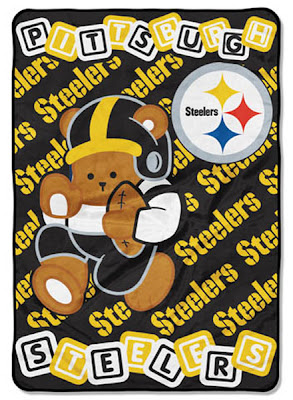 This is getting to be something a King Charles' Head with you, isn't it?