In a good cause

As some of my readers will know, in the Navy part of my life, I have been raising money for the Terry Fox Foundation by participating in the Great Canadian Head Shave. I promised I'd even shave off my beard if I personally raised more than $1,000.

If there is anyone who'd like to kick in a little extra, it isn't too late.

Now, here are some pictures. 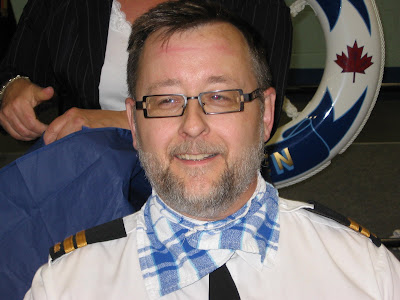 And here we go 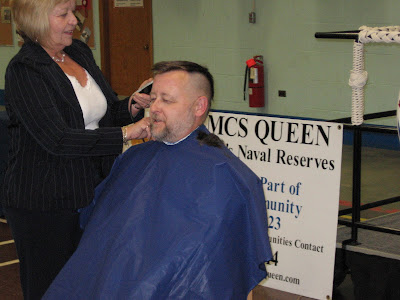 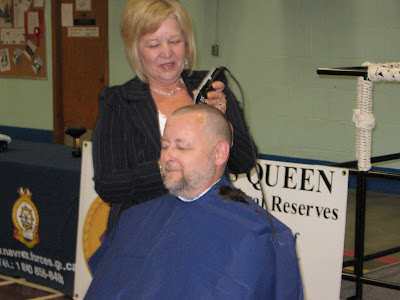 After - and all in a good cause. 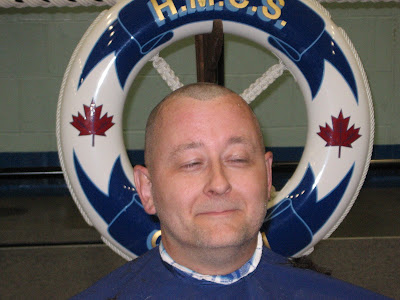