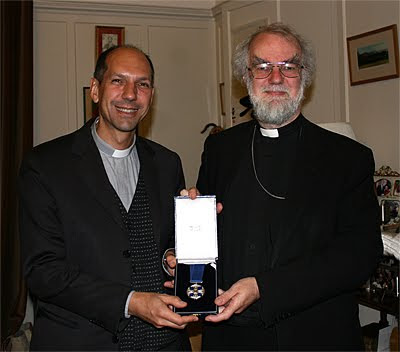 Monsignor Don Bolen, a former official with the Vatican's Pontifical Council for Promoting Christian Unity has been appointed as the next Roman Catholic Bishop of Saskatoon. Earlier this year, Msgr Bolen received the Cross of St. Augustine from the Archbishop of Canterbury in recognition of his contribution to Anglican - Roman Catholic relations.

I saw Don just a few weeks ago when he was a guest at our diocesan synod. From where I sit, he doesn't seem to fit the usual arch-conservative mold of Roman episcopal appointments under both John Paul II and Benedict XVI.

I hope this is a sign of things to come.