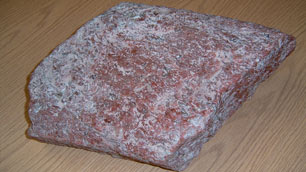 At the time, opposition MLAs and sane people everywhere said that the C$1.9 billion estimate was simply unrealistic. Potash revenues the previous year had been at record highs. It was imprudent - at least imprudent - to make the blithe assumption that revenues would be even higher following on a record breaking year.
Of course, that wasn't the only lily-gilding assumption the Wall government made. They also estimated provincial GDP growth at a rate significantly higher than any private sector analyst. In fact, their projection was nearly double the best private sector projection.
Well, Jesus tells us what happens when you build your house on sand, and common sense tells us what happens when you build your budget on the assumption of winning the lottery week in and week out.
It isn't like nobody noticed. Then Opposition Finance Critic Harry Van Mulligen called the budget "completely unrealistic" at the time.
Since then, regular fiscal updates have recaclulated the potash projections several times. And, oddly, they've never really felt the need to adjust them upward.
Today, however, came the fiscal update that puts Premier Brad Wall and Finance Minister Rod Gantefoer in a class by themselves as fiscal incompetents.
It turns out that some of the potash companies had made installment payments to the province prior to the fiscal year based on revenue projections which, while not as stupidly drug-induced as the government's, were still a trifle high.
The upshot? Not only will Saskatchewan NOT receive C$1.9 billion in potash revenues in fiscal 09-10, but Brad and Rod will actually have to refund money to the potash companies.

So, to be clear, their projection for the largest single revenue stream in their "budget" was out by C$2,104,000,000.00 or 111%.
And not in the good way.
The net effect is to suck 22% of revenue out of the budget.
And that's just in this one line item.
I'm trying to think of some funny line to close this post, but I can't.
It turns out that the Saskatchewan Party government of Brad Wall is actually too incompetent to satirize.
Posted by Malcolm+ at 11:48 PM

The difference is 1.9 billion.( The revenues being returned were first collected.)And I wouldn't sweat the difference because anyone who knows commodity cycles will tell you we will see this picture change. If the industry players didn't foresee this extreme and temporary drop in sales then no finance bureaucrat or government would either. The important thing is that the Sask Party has been paying down debt and business still has more confidence in them than with the NDP.

The total net effect on this year's budget in $2.1 billion, given that, in addition to the $1.9 billion not coming in there is also an extra and unanticipated $204 million going out. Of course, it would be better financial practice to deduct the $204 million from last year's revenues.

But it's there on the record that the very day Rod Gantefoer introduced his drug-induced, psychadelic excuse for a budget, critics were questioning the intelligence of the potash projections.

Business will always have more confidence in their allies. After all, if you have a pet government on a leash, what's not to trust? If you don't like the labour status quo in construction that has worked so well for 30 years, then have your pet premier toss in a hand grenade.