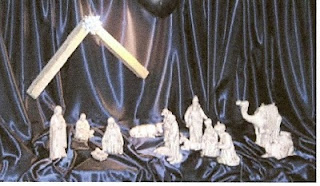 The traditional Simple Massing Priest Christmas story - as told each year since 2007.