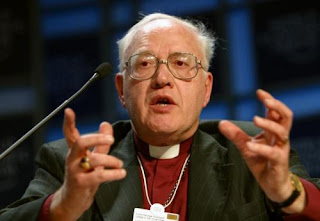 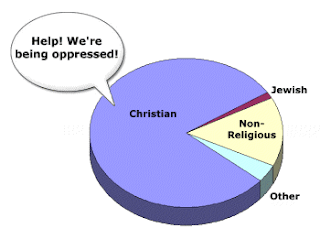 When someone of this stature says something so addlebrained as this, it reinforces every negative stereotype of Christianity as a gang of angry old Major Blimps raging against the end of the Victorian era.  If there is some massive secularist conspiracy out there somewhere, they'd be well advised to keep their powder dry, in keeping with Napoleon Bonaparte's dictum that you should never interrupt your enemy when he is shooting himself in the foot.  George Carey and his ilk are a greater threat to British Christianity than Richard Dawkins, the National Secular Society and the entire readership of the Guardian combined.
Posted by Malcolm+ at 11:01 PM