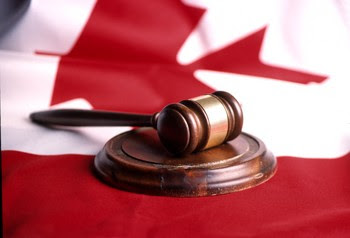 This is perhaps the most revolting report coming from the police riot in Toronto.

Any public official who claims we don't need a public inquiry should be hounded from office.


The 57-year-old Thorold, Ontario resident – an employee with Revenue Canada and a part-time farmer who lost a leg above his knee following a farming accident 17 years ago – was sitting on the grass at Queen’s Park with his daughter Sarah and two other young people this June 26, during the G20 summit, where he assumed it would be safe.

As it turned out, it was a bad assumption because in came a line of armoured police, into an area the city had promised would be safe for peaceful demonstrations during the summit. They closed right in on John and his daughter and the two others and ordered them to move. Pruyn tried getting up and he fell, and it was all too slow for the police.

As Sarah began pleading with them to give her father a little time and space to get up because he is an amputee, they began kicking and hitting him. One of the police officers used his knee to press Pruyn’s head down so hard on the ground, said Pruyn in an interview this July 4 with Niagara At Large, that his head was still hurting a week later.

Accusing him of resisting arrest, they pulled his walking sticks away from him, tied his hands behind his back and ripped off his prosthetic leg. Then they told him to get up and hop, and when he said he couldn’t, they dragged him across the pavement, tearing skin off his elbows, with his hands still tied behind his back. His glasses were knocked off as they continued to accuse him of resisting arrest and of being a “spitter,” something he said he did not do. They took him to a warehouse and locked him in a steel-mesh cage where his nightmare continued for another 27 hours.

Pruyn told Niagara At Large that he never was given a reason for his arrest . When he was being kicked and hand-tied, police yelled at him that he was resisting arrest. Then a court officer approached him two hours before his release on Sunday evening, June 27, and told him he should not still be there in that steel -mesh cage. So why were Pruyn and his daughter Sarah, a University of Guelph student, who was locked up somewhere else, detained in a makeshift jails for more than 24 hours, along with many other mostly young people who, so far as he could hear and see, had nothing to do with the smashing of windows and torching of a few police cars by a few hundred so-called ‘Black Bloc’ hooligans that weekend?

Seriously. Thousands of armed and armoured police are powerless to intervene when fewer than 150 "anarchists" start vandalizing windows, harrassing passers-by and torching police cars, yet they have the cojones to beat the crap out of a 57-year old amputee?

I call that cowardice on a massive scale.

And then, please, do something to stand up for democracy.
Posted by Malcolm+ at 10:42 PM

With all due respect, why would a young girl and her amputee father be on the lawn in Queen's Park in the middle of the G20 security forces and the protestors. Why not stay far away? Kind of thoughtless.

it's not as if there wasn't a lot of publicity about what might transpire there. if there was a possibility of violence, you would think that avoiding it would be the best idea.

People have the right to protest. I don't know why you can't grasp that.

Even 57 year old amputees have the right to protest.

And when they have done nothing wrong, the police have no right to tear off prosthetic limbs and assault people.

This isn't complicated. It's Human Rights 101.

You didn't say that they were there to protest. You gave the impression that they just gone on an innocent stroll or as disinterested observers. I am always oin your side and agreee with all your postings, but it would behoove me to stay well away from a place where there was the slightest possibility of violence or bad behaviour.

But it comes back to the fact that people have the right to protest. Most of the people arrested had done nothing wrong.

In the meantime, those who had commited acts of violence were left alone while they went on a rampage.

Frankly, both the government and the police needed to have violence happen in order to justify the outrageous amount of money spent on security - more money to secure three days of meetings than to secure three weeks of the Olympics.

The bizarre decisions of the ISU leadership (to leave the "anarchists" alone and then to start their random mass arrests at the free speech zone) is justification enough for a public inquiry. And for the dismissal in disgrace of both Bill Blair and Alphonse MacNeill.