Apparently there is an Arab saying about Abu el Banat, one who is a father of daughters.  It implies a certain sympathy for any man who has had one or (especially) more than one daughter.

Well, I'll admit (and I'm sure she'd admit) that there were times when we both challenged the heck out of each other, my daughter and I.

But here's the thing about being a very blessed father of a daughter:  One day, you look over and see that she has become everything you could ever have hoped she'd be, and so much more.

My daughter has become a mature and intelligent young woman, a lovng mother, a son-to-be certified labout doula.  And, as befits a person whose parents are both accredited professional communicators, Julian is an articulate and pesuasive writer.

And this morning, she did her first ever media interview. 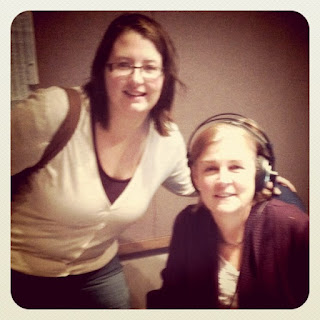 I mean as an interviewee.  That, after all, is the hard part.  (Standing by for pushback from my media friends.)

Julian has started an online community for people who want to do simple things to live in a more environmentally conscious way.  And like a good mass communicator, she's on the interweb, the Facebook and the Twitter.

And here's where you can go to listen to my brilliant daughter being interviewed on the most listened to radio morning show in Saskatchewan.

I'll have to admit, though, that my favourite part was when she talked about her dad promoting her idea all over Facebook and Twitter. 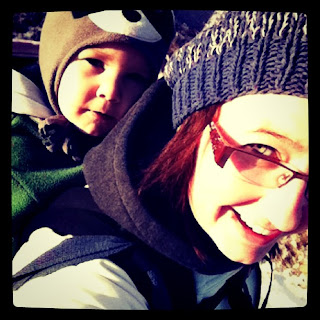 Nice. Very nice and congratulations too!

Lovely -- our Daughter in law also overseees an online community of people who are interested in living more simply, raising healthy creative kids, and other challenges of our day. They just spent Christmas with us. I was impressed with the presents they had all made for us and each other. One was a "fort" in a bag kit - all the things one needs to make whatever enclosure your imagination wishes.