Q: What do you get if you cross and elephant with a rhinoceros?A: Elephino.

(Really, it's funnier if you say it than if you just read it.) 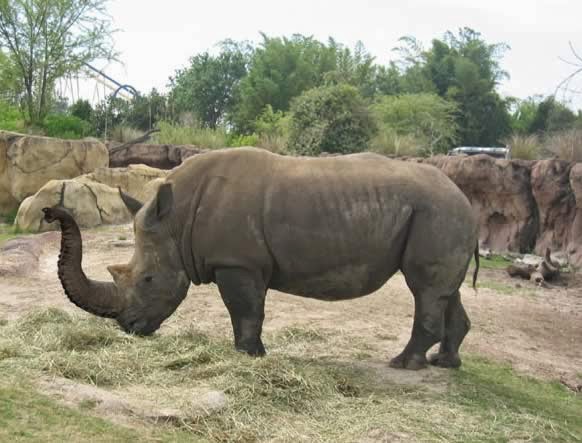 In American politics of late, there is much lamenting from the outward edges of the two major parties that various other members of their respective parties are either RINOs (Republicans In Name Only) or DINOs (Democrats In Name Only). It is natural that any party's ideologues are a trifle distrusting of the party elites, and especially of those  pragmatic souls prepared to take a little water in their wine if they believe it can advance their agenda. But it is also a condemnation of those who come to a party after an exercise in party outreach and a broadening of the tent.

For Tea Party style Republicans, the RINO label covers off any mainstream (ie, nationally electable) Republican who does not hold true to a list of hardline shibboleths about abortion, equal marriage, immigration reform, firearms regulation and so forth. It can also include actual earth-dwelling Republicans who don't believe that Barack Obama is a Kenyan Muslim Socialist.

The Democrats, having spent much of the 70s and 80s in the political wilderness, at least with regard to national elections, seem a little less inclined to such arbitrary litmus testing. Even so, some southern and Blue Dog Democrats have been called out as DINOs by some elements of the Democratic base.

In Canada, we see some of the same tendencies, albeit mostly within the New Democratic Party. Witness the recent Ontario case where 34 people who claimed to be NDP supporters (and some of whom may actually be NDP members) deliberately attempted to sabotage the ONDP campaign with a leaked letter attacking the leader for departing from certain arbitrary orthodoxies. I blogged about it here.

What makes the Canadian version of this tendency a trifle different is that it is the critics who seem to have the loyalty problem. Indeed, for the past 25 years or so, every federal NDP campaign and every Ontario NDP campaign has been subjected to this kind of sabotage. And in every case, it has been crystal clear that the saboteurs efforts were intended to derail the NDP campaign and to buoy up an often-flagging Liberal Party.

There were two major variations on the attack narrative. Well, the first two parts of the narrative were pretty constant. It was only the third part which varied, depending on whether the NDP campaign was actually appealing to voters or was trying to appease its critics.

1. These Conservatives are dangerous wild eyed radicals who will destroy everything we hold dear.

2. The Liberals, despite decades of breaking progressive promises once safely ensconced in power, will actually keep their promises this time.


While in the US model, the Gang of 34 would have been calling out Andrea Horwath as a NewDINO, it is actually the attackers to whom the In Name Only appellation applies. But since a significant number of the signiatories haven't held an NDP card in years, perhaps it would be more accurate to describe them as ELEPHINOs. The irony of the ELEPHINO attacks over the years is that the long term result was precisely the opposite of what the critics have claimed they wanted to see.

Through the 90s and into the 00s, a marginalized NDP meant the Liberals had little incentive to tack left, and thus the mainstream political discourse was driven by the Reform / Alliance federally and  by the Harris Conservatives provincially. Then, in the 00s and into the current decade, as it became obvious that the party's left wing critics could never be appeased, party leaders and strategists simply stopped paying attention to them.

This is really what drove the petulant tone of the Gang of 34 letter and the increasingly angry tone of their defenders. They have rendered themselves irrelevant. And in politics, irrelevance is the last step before extinction.

Some election soon, I hope to see the last of the ELEPHINOs.

And here's a further riff on that joke.