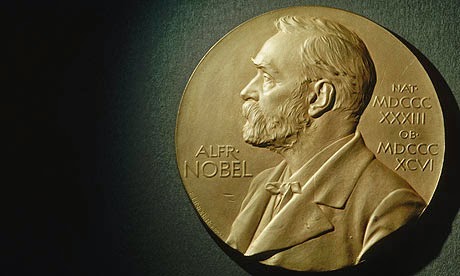 I was in New York when I met Mairead Corrigan (now Maguire) and Betty Williams, co-founders of the group Peace People in Northern Ireland.

It was less than two years earlier that Corrigan Maguire's sister, niece and two nephews were struck by a car driven by wounded Provisional IRA terrorist Danny Lennon who had been shot by British troops. The young girl and one of the boys died at the scene. the younger boy the following day. The children's mother was eventually driven to suicide by the events of that day. Williams had witnessed the event and was moved to begin a petition across sectarian lines calling for an end to the violence. The two women became "the joint leaders of a virtually spontaneous mass movement."

I thought of these two unlikely Nobel Laureates when I read this story about the families of murdered Israeli teen Naftali Fraenkel and murdered Palestinian teen Mohammed Abu Khdeir comforting each other in their loss.

The witness of Mairead Corrigan Maguire and Betty Williams helped bring an end to The Troubles. May the witness of Rachel Fraenkel and Hussein Abu Khdeir have a similar outcome.
Posted by Malcolm+ at 11:25 PM