The Seal of Confession

Earlier this month, the Anglican Church of Australia altered its canons (church laws) to permit clergy to reveal the contents of a penitent's confession if it included a serious crime which had not already been reported to the police. This overturned the long established (arguably centuries old) Seal of the Confession whereby the person hearing a confession (normally a priest or bishop) was not to disclose the content of the penitent's confession under any circumstances. Apparently there was already provision in the Australian canons for a confessor to reveal information with the consent of the penitent, though that would already be a departure from catholic norms.  Coverage of the story can be found here and here. One of the principal campaigners for the measure offers his apologia here. New Zealand priest Bosco Peters offers some good analysis here. 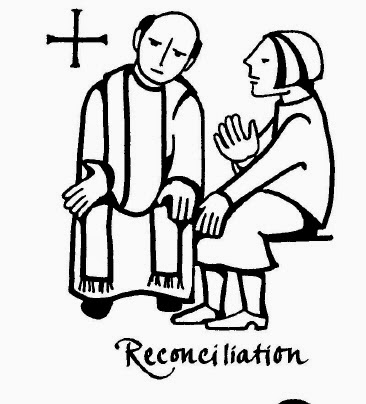 The motivation for the measure, understandably, is related to the scandal of sexual abuse - and in particular sexual abuse by clergy. And the scandal of abuse has, in many cases, been aggravated by inaction or evasion on the part of church authorities when abuse has been revealed. There is no defence to be offered for either the abuse itself or for the negligence and complicity of those who ignored or covered it up.

But the moral failure of church authorities is quite independent of the issue of the Seal of Confession. It was not through the Sacrament of Reconciliation that church authorities were discovering cases of abuse, but from the reports of victims and their parents or other advocates. The Seal of Confession, intact or otherwise, had no bearing on the failure of those in authority to address the issue.

In most Canadian jurisdictions, the laws makes it compulsory to report cases or suspected cases of the sexual, physical or emotional abuse of children. In some jurisdictions, including here in Saskatchewan, the Seal of Confession is expressly and specifically singled out as not constituting an exception to this requirement. If one hears a confession about the abuse of a child, the obligations to the church and to the state are in clear and unequivocal conflict.

That said, a priest still has some capacity to effect a positive outcome. We are not obliged to pronounce absolution if we are not persuaded that the penitent is, in fact, penitent. The most effective and reliable sign of true repentance would be for the penitent to make another confession ... to the civil authorities.  In any event, in an Anglican context - where our discipline around Confession is that "all may, some should, none must" - it strikes me unlikely that a person would disclose any serious sin, including child abuse, unless there was sincere repentance.

I think Fr Bosco is correct. The most likely outcome of this sort of change is that those guilty of such grave sins - and possibly of sins far less grave - will be less likely to avail themselves of the sacrament. Instead, they will simply continue to struggle on their own (assuming they really are penitent), and will be more likely to repeat the offence.

Indeed, one could argue that a blanket reporting requirement may actually keep some abusers from seeking any sort of help to address their behaviour. I have two pieces of anecdotal evidence to support this.

Some 25 years ago, I had dealings with several men who were at various points in the legal system after having sexually abused their children. In two of the cases, the abuse had gone on over a long period of time. In both of those cases, the men had come to understand that their behaviour was wrong and had also realized that they needed help.

Both of the men sought out professional help through a public agency. After their initial intake session, they were asked to wait in a room while the counselors, in accordance with the law, contacted the police. Both men were arrested, charged and convicted. By the time I had met them, both had completed their initial sentences but were still in the parole system. I did not have a confessor - penitent relationship with either man.

Neither man questioned the fairness of what had happened to him. Both agreed that the counselling they had been able to access through the corrections system made them less likely to reoffend. Both felt they had gotten a punishment commensurate with their crime.

But both of them were honest enough to acknowledge that, had they known of the compulsory reporting requirement, they likely would not have sought help. And both believed that it was at least possible, and probably likely that, had they not sought help, the abuse would have continued.

This is not an easy question, and I certainly see that a person of good faith might come to another conclusion. But I am far from persuaded that removing the Seal of Confession will do anything substantive to enhance the safety of children. It will, however, discourage many people - and not only those guilty of so grave a sin - from accessing a means of grace to the detriment of their souls.
Posted by Malcolm+ at 12:57 AM