Hate is not a Christian value 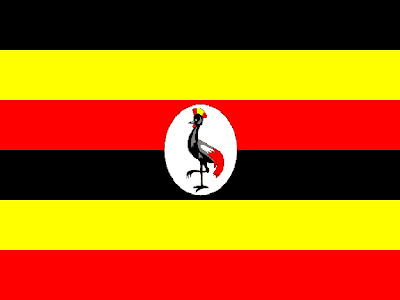 Uganda was never, so far as I can tell, a hotbed of gay rights. Certainly the Anglican Primate of Uganda, Henry Orombi, has made enough bizarre remarks about homosexuals - in among his famous comments about how the American far right sends him so much money. (I decline to draw you that dotted line any more plainly.)
.
Even so, it is beyond distressing that the Ugandan Parliament should be considering an horrific anti-gay bill that calls for the deaths of LGBTQ people and for the imprisonment of any straight person who doesn't turn them in to the authorities.
.
Since this story broke, official responses in the Anglican universe have been pretty muted. Dead silence from the Archbishop of Canterbury. The Archbishop of York - himself a former Ugandan jurist - has deliberately held his tongue. And, to no one's surprise, the North American schismatics who like to pretend their churches are in Uganda have offered nothing but deafening silence.
.
I suppose the Ugandan Church can be damned with faint praise for their half-hearted suggestion that the death penalty may be slightly over the top - but that otherwise the bill is just jim dandy.
.
Thankfully, the Anglican Church of Canada gets it. You can read last weeks resolution from the Council of General Synod here.
.
In the meantime, other folk have been speaking out. A Facebook group has nearly 5,000 members as of this afternoon. (And if you aren't a member, why not?) The group has designated today as a day of prayer, asking people to pray for at least 30 minutes for: the wihdrawal of the bill; for the protection and peace of LGBTQ people in Uganda and around the world; and for Ugandan Christians to realize this bill is nothing short of blasphemy.
.
It is worth noting that it isn't just supporters of LGBTQ folk who have spoken out against this appalling bill. You don't have to be in favour of gay marriage to realize that mass murder is wrong.
.
How hard is it to grasp that hate is not a Christian value?
Posted by Malcolm+ at 1:47 PM

Thank you for this post. It's encouraging to see that at least Canada has some moral fibre!