I've mentioned the launch of the new Yes to the Covenant group in the Diocese of Oxford.  The new astroturf initiative is, perhaps, the best evidence that the grassroots No Anglican Covenant Coalition has been very effective against tremendous odds.

The Yes group's rhetoric was rich in calls for informed decision making.  Of course, to date, the process has been heavily biased in favour of the Covenant, so to hear Covenanters whinging about it was a trifle jarring.  But one must gather one's rosebuds, as they say.

So at Comprehensive Unity, the official blog of the Coalition, I issued a challenge to the Yes group to call for the remaining 27 dioscesan synods to ensure that both sides of the debate were given a fair hearing.  Not surprisingly, they declined.  The whole sorry tale can be found here and here.


As to Sodor and Man, we are awaiting more information on the conduct of the debate, but the results are:
Note that we have conflicting reports on the results for the laity, with one report of:

Either way, I am struck with the absurd and possibly obscure thought that Thomas and his friends have risen up against Sir Topham Hatt, Bt. 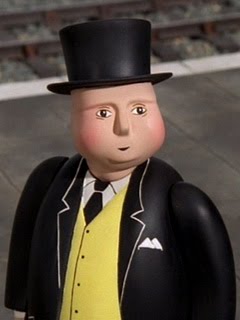