When all else fails, try vague generalities

Clearly the No Anglican Covenant Coalition has been effective in it's campaign, especially in the Church of England.  To date, 21 of 44 diocesan synods have voted on the Covenant, and the Covenanters are losing 13 - 8.  (And frankly, if they hadn't manipulated the process in some of those eight, I expect the margin would be even wider.)  If the Covenant is defeated in 22 diocesan synods, it is effectvely off the table for the life of the present General Synod.

But losing does tend to motivate those with a vested interest.  So, in the past few days we've seen a rush of proCovenant propaganda, including a rather dyspeptic video by none other than the Archbishop of Canterbury.  Links to the current talking points onslaught can be found at Thinking Anglicans, so I'm not going to bother. 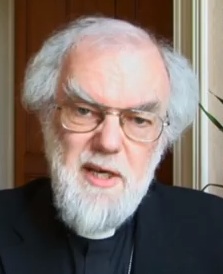 Like the rest of the proCovenant pap issuing from official and unofficial sources, today's video and other pieces are long on vague generalities, bloated with vague reassurances that the Covenant really doesn't change anything and seasoned with a more than a soupçon of veiled threats that the space-time continuum will be disrupted if the Covenant doesn't pass.

Has anyone noticed how self-contradictory the entire proCovenant argument actually is?  The Covenant doesn't actually do much, but if it isn't passed the entire Communion will look like Alderaan after the Death Star.

And, of course, there was no reference at all to the actual text of the actual Anglican Covenant.

The thing is, there may well be coherent and logical arguments in favour of this Anglican Covenant.  There may be, but no one has ever presented any.  Instead, we get a lot of vague comments about the importance of the Communion - and hysterical warnings that the sky will surely fall.  Notional argument aplenty in favour of the vague idea of a Covenant, but nary a syllable about this Covenant that's actually on the table.

As one of our number observed:


As an academic, the Archbishop knows that any student who submitted a paper with only unsupported assertions and no argument and no documented reference to the sources would receive a failing grade. Yet he expects 44 synods to give him a pass on this?


And now that he's received a failing grade at midterm, the Archbishop is getting angry.

Anger, you see, is a useful tool when you have no logical argument to make.

Snarling anger and a slanderous insinuations.

In this case, it was the explicit slander that every criticism of the Covenant is "misleading and false," combined with the implicit ad hominem that anyone who doesn't support the Covenant doesn't care about the Anglican Communion or about relationships among the member churches of the Communion.

If that's the best Rowan can come up with in defence of his precious Covenant, then I'm surprised he ever got his A-levels.

As another of my antiCovenant fellow travellers said at his blog:


When, like Rowan, your argument is fallng apart under examination, there is a natural tendency to lash out, to attribute base and vile motives to your opponents.  It is standard operating procedure in some circles.

Perhaps I was naive to expect better of the Archbishop of Canterbury.
Posted by Malcolm+ at 9:32 PM

Mainline Protestantism has so many other problems that this piece of nothing with do no more than make people feel good about themselves for signing it-or morally superior for refusing it. It's politics as liturgy: essentially meaningless and self-satisfied.