Back in 1865, at a point when the amalgamation of the British North American colonies to form the Dominion of Canada was still a drink-fueled fantasy of an Upper Canadian lawyer named John Macdonald, the colonial Anglican bishops hereabouts decided they were quite upset by Anglican goings on in southern Africa (the dubious opinions of the Bishop of Natal) and England (the reviving of the English Convocations).  Indeed, they were so upset that they sent a letter to the Archbishop of Canterbury proposing a:

national synod of the bishops of the Anglican Church at home and abroad. 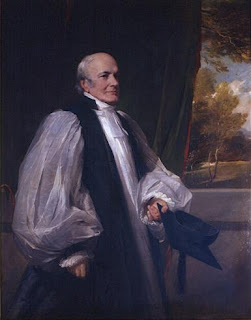 In due course, Archbishop Charles Longley was persuaded this would be a good thing, and he proposed a Pan-Anglican conference of all 144 Anglican bishops from throughout the world.  He invited the bishops to Lambeth Palace for late September of 1867, just a few months after the creation of the Dominion of Canada.

Not everyone was convinced this was a good idea.  The Archbishop of York, for example, William Thomson (whose predecessor was none other than Archbishop Longley) thought it was a decidedly bad idea, and would inevitably result in an attempt to impose external authority on the Church of England.  Arthur Stanley, Dean of Westminster Abbey, tried to get the idea laughed out of Convocation, observing:


Whenever bishops have met in councils, even in the earliest times, they have almost invariably done an infinite deal of mischief. 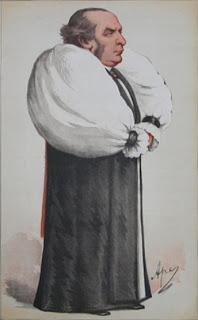 At the end of the day, only 76 of 144 bishops attended the first Lambeth Conference.  Archbishop Longley's assureance that the conference would neither have nor claim the status of a Pan-Anglican synod failed to reassure either Archbishop Thomson or Dean Stanley.  Thomson and most of the bishops from the northern province refused to attend.  Stanley refused to allow Westminster Abbey to be used for any part of the event.  Bishop John Colenso of Natal, prefiguring the eventual unpersoning of New Hampshire Bishop Gene Robinson in 2007, was simply not invited.

Of course, Longley won the immediate skirmish.  The conference did not claim any synodical authority, and its resolutions were not binding on Anglicans at home or abroad.

But here's what didn't happen.

These things (or their 1867 equivalents) didn't happen because these arguments were and are slanderous, malicious and desperate.

Archbishop Longley may well have sworn a blue streak in his parlour at Lameth Palace over Archbishop Thomson's intransigence.  But he was at least able to grasp the subtle reality that someone might honestly disagree.

It is not "false and misleading" for people, after honest inquiry, to come to different conclusions.  Accusing people of lying just because they disagree with one's point of view is often evidence that one has run out of coherent arguments.

Archbishop Longley chose not to conduct himself in public like a petulant child who wasn't getting his way.

Some will argue, based on the success of the Lambeth Conferences over many decades, that Archbishop Longley was right and Archbishop Thomson wrong.  And they may be correct to argue so.

But that still doesn't mean that Archbishop Thomson's honestly held views were "misleading and false."

Of course, given the way that some - including the present and previous Archbishops of Canterbury - have demanded that Anglicans everywhere conform to certain clauses of Resolution 1-10 of Lambeth 1998, perhaps Archbishop Thomson wasn't so much wrong as just ahead of his time.
Posted by Malcolm+ at 11:30 PM

Well argued and thanks for the lesson in Anglican history, I needed it.

Ah, Dean Stanley was a wise man. For that matter, so was Bishop Colenso.

Very well put, and written with some wit as well - a breath of fresh air. I goes without saying, I couldn't agree more.

As live in Canterbury tempted to print off the blog and hand it around!