Michael Ignatieff thinks you're an idiot 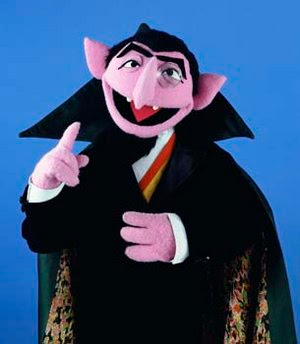 Brian Topp, as usual, has the rights of it.

The Ignatieff Liberals are up to their usual tricks. Having done everything they could to sustain Stephen Harper in power, having supported massive and unsustainable corporate tax cuts, having ignored the brewing pension crisis, having conspired with the Tories to prevent any meaningful action on climate change, the Count and his court have completely reversed course and are trying to out NDP the NDP.
Of course, they do this every election. Indeed, pretending to oppose the policies they actually support has been the Liberal Party's standing operating procedure for the better part of a century.
"Conscription if necessary," said the principle-challenged Billy King in the 1940s, "but not necessarily conscription."
Followed up in the 1960s by Lester Pearson (the "defrocked Prince of Peace") with "Bomarc missiles if necessary, but not necessarily Bomarc missiles."
Then Pierre Tudeau's "wage and price controls if necessary, but not necessarily wage and price controls."
In the 1980s and 1990s, it was the John Turner / Jean Chretien two-fer of "Free Trade if necessary, but not necessarily Free Trade."
Now, the technical term for anyone who believed in 1988 that the Liberals would ever oppose any reciprocity agreement with the United States is "idiot." The Liberals had been the party of Free Trade for more than a century, and were again the party of Free Trade just as soon as their arses were safely ensconsed on the right of the House. To believe that, for a few brief weeks in the fall of 1988, the Liberals had completely reversed themselves on the defining issue of their party required a certain level of stupid. Of course, much of the CBC talking head elite fell into that category, as did Prominent Liberal Hack Basil Hargrove.
Now, in 2011, Count Ignatieff replays the Liberal meme; a more polished version of John Kerry's "I supported that before I was against it." (Or was that "I was against that before I was for it?")
If anyone is foolish enough to be considering a vote for the IggyLibs, I challenge you to count the number of times Liberal governments have delivered precisely the policies they pretended to oppose. Caution - you'll run out of fingers.
Posted by Malcolm+ at 2:47 PM

Gee Malcolm you don't have strong opinion do you? (:-))

I make no apologies for believing in strategic voting. I think more and more Canadians will vote strategically in next election to change politics in Canada

If the Liberal Party of Canada were not a clone of the Conservatives on every single economic issue and most other issues as well, I might be persuaded.

Since teh Liberals are a clone of the Conservatives on every single economic issue and most other issues as well, I am not persuaded.

Dave, far too many people judge the Liberalss on their rhetoric. I prefer to judge them on their record.

The record of the Chretien - Martin ministry is that it was the most right wing federal government in at least sixty years - and possibly longer. Stephen Harper has merely taken Jean Chretien's hard right agenda to its next logical stage.