Marois, Harper and the Eroding of Democracy

There's a provincial election campaign under way in Quebec. Although Premier Pauline Marois and the Parti Quebecois looked set to move from a minority to a majority government come April 7, an incompetently run campaign has turned the sovereignist party into the underdog. This was inevitable as soon as the election narrative came to be all about sovereignty. 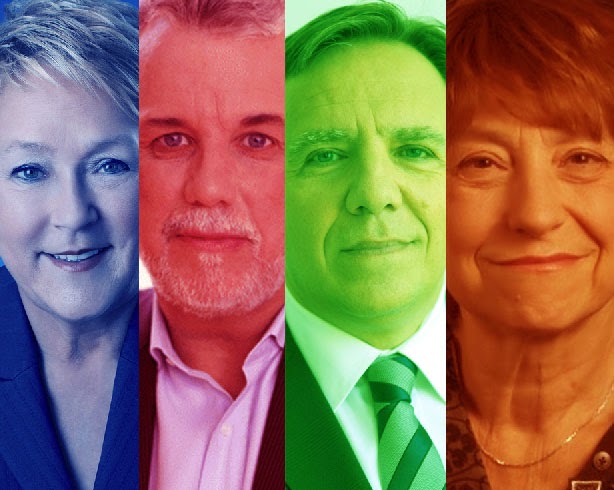 It has to be a frustration for any political party when your raison d'etre is also your Achilles heel. But the PQ looked as though they would manage to avoid discussing the prospects of another referendum by, instead, introducing the vilest form of ethnic-baiting hate legislation Canadians have seen in more than a century. The so-called Charter of Values is such a disgusting piece of bigotry one is tempted to cast Godwin's Law aside and make the otherwise obvious comparison to the Nuremberg Laws (different only in degree) from another blood-purity obsessed demagogue. More recently, to round out the fun, there have been several reports of non-francophone Quebeckers arbitrarily being denied the right to vote, including one who is actually a Green Party candidate in the election. Long gone is the tolerant civic nationalism of Rene Levesque. Instead we have an odious political discourse which has led to a 30-fold increase in harassment of non-white and non-pur laine Quebeckers.

In the normal course of events, one might have expected to see the federal government standing up against voter suppression in a provincial election. Unfortunately Stephen Harper and his federal Conservatives have no moral authority on that file since they are knee deep in their own voter suppression strategy with their Orwellianly named Fair Elections Act.

I'm not sure who disgusts me more, Madame Marois or Mr. Harper. Both of them are blinkered absolutists who are prepared to do anything, to violate any principle, to attack any scapegoat in order to achieve their ends. Neither has the least respect for any democratic norm.

I weep for my country.

But in the midst of this weeping comes this sermon from Jeffrey Metcalfe, an Anglican priest in Quebec. While the content of his sermon is disturbing, his prophetic witness is inspiring.